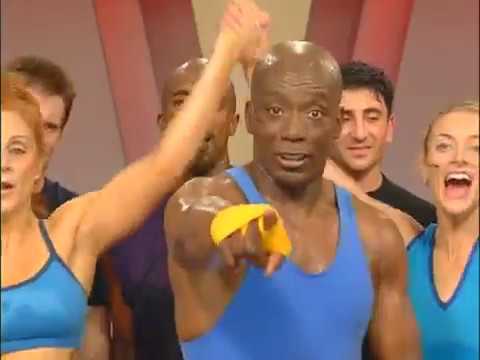 As strange as it may seem, the well-known early 90s fitness phenomenon, Tae Bo, all began in Billy Blanks’ basement. As “Gonna Fly Now,” better known as the Rocky theme song played in the background, Blanks began piecing together the body movements that would later evolve into the dance-karate hybrid workout known today as Tae Bo.

“As soon as the song came on I started moving, kicking and punching to the beat.” It was there, in his basement and within three minutes of Rocky theme’s surmounting horns, that he had unknowingly stumbled across an all-new way to exercise. That three minutes was the small start of an eventually unifying movement to get the world up, active and invested into their own fitness, even if it was from the comfort of their homes.

Like many, I have my own fond memories of Tae Bo; My dad sweating profusely in the living room as he tried to keep up with Billy Blanks step-by-step, video after video, and even my own tapping out from lethal kick-combo or core tightening reps as shouts from Blanks echoed throughout the house. “Get into the groove,” he’d exclaim. “I’m in the groove. Are you in the groove?”

In a class pass era, where most want to see and be seen in an Instagrammable yoga studio, there’s comforting nostalgia in the idea that you can reap the benefits of the gym or a class without leaving home, and Tae Bo ensured that you’d still have fun while doing so.

First developed as a full routine in 1976, Tae Bo is a total body fitness program that took American televisions by storm in the 90s. Hosted by Erie, Pennsylvania-born, mixed martial artist and fitness guru Billy Blanks, the workout series helped redefine the notions of in-home workouts with kick-punch-cardio driven routines that were entertaining and effortlessly cool. The workouts combined aspects of karate, martial arts, kickboxing and dance to create a range of cardiovascular exercises spanning in level from moderate to high intensity.

His upbeat energy, enthusiastic persona and a perpetual rotation of fresh gear kept fans of the tapes coming back for more. Blanks understood that while the idea of healthy living is what attracted people to his videos, creating something that was enjoyable and easily incorporated into the routines and lives of many is what would get people to stay. His demeanor as an instructor was intense, but also patient and encouraging. Blanks avoided coming off as preachy or coach-like and managed to convey the ethos of a passionate friend who just really, really cared about your health and people loved it. He’s quoted as saying, “What I’m teaching as an exercise instructor, my goal is to be able to take all the love off myself to help someone else.”

It didn’t take long for the mainstream to embrace Blanks either, his video sales amassing upwards of $80 million from infomercial sales alone within a year of his first release, according to the New York Times. Because of this widespread renown, a vast array of videos were recorded and released for multiple decades to follow, including iterations like Tae Bo Funk, Tae Bo: Get Celebrity Fit and Tae Bo Insane Abs, among others. Blanks even worked on a Tae Bo Bootcamp video game called Billy’s Boot Camp, released in April of 2011 on the Nintendo Wii exclusively to Japanese markets.

Though it’s been years since he made his initial impact on fitness communities across the country and the world, Billy Blanks is still active in his everyday life and he continues to invite others along on his pursuit of fun and focused movement. In fact, Blanks still teaches advanced classes of his own in Los Angeles for those itching to get their Tae Bo fix IRL. Additional information on the Billy Blanks Sweat Club is available here.

In a message on his Tae Bo Nation website Blanks writes to fans, “it is time for us to start changing things for the betterment of ourselves, our children, family and friends all over the world. In order to help others, we must change our own selves first!” Since its beginnings, Tae Bo made widespread impact because of similarly genuine sentiments. With the help and oversight of Blanks’ own passion for true health and fitness, Tae Bo while just a workout, stands for much more. It’s about the betterment of both self and others by taking action, executing, believing and overcoming. 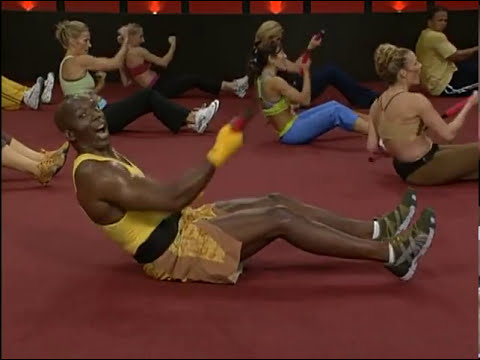