The Rise & Fall of Ski Ballet

Regardless of your interest in either skiing or ballet, we can practically guarantee that the little known sport of ski ballet will put a smile on your face.

Emerging into popular culture in the early 80s, Ski Ballet has roots in freestyle skiing, but, in all honesty, it’s particular joie de vivre is more akin to dance, or a gymnastic floor routine than mogul skiing or aerial acrobatics.

Suzy Chaffee could be considered the queen of Ski Ballet. Suzy, who had a background in dance, figure skating and ski racing, is practically credited with inventing ski ballet after her ski racing career came to an end due to injury. By adding music to her acrobatic style, she helped evolve the sport into Recreational performance art, and in turn, became the face of the freestyle scene. 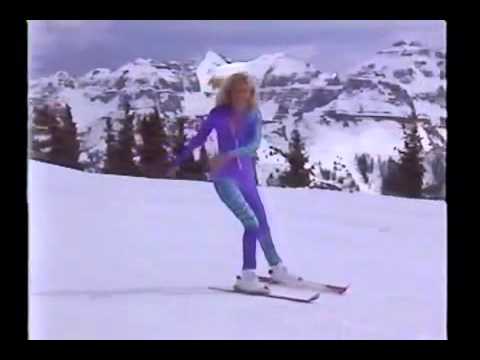 An undeniable spokeswoman for the sport, Suzy appearing in Chapstick commercials and films like Fire & Ice, a 1986 movie which is essentially a love-letter to ski ballet. (Ed Note: The American version of the film features a narration from the one-and-only John Denver.) 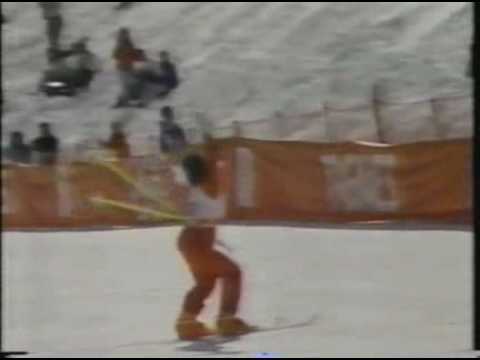 By the mid-80s, ski ballet had reached a fever pitch, with a full fledged, and well-attended exhibition taking place in Breckenridge. With its over-the-top outfits, extravagant headbands, and rock ‘n’ roll music, the excitement around the sport eventually landed it a spot as a demonstration sport at both the 1988 Winter Olympics in Calgary, Canada and 1992 Winter Olympics in Albertville, France. Much like a figure skating performance, or a gymnastics floor routine, Olympians had 90 seconds to perform a routine full of twirls, flips and pole tricks for a panel of judges.

Sadly, ski ballet began to lose its steam in the mid-90s as more rules and regulations began impeding the freedom of the sport. As Justin Holland, a three-time world champion of ski ballet, said in an interview, “the sport just became more and more prescribed” and “formulaic.” Holland and other skiers banded together in an attempt to get ski ballet readmitted to the 1998 Olympic Games in Nagano but unfortunately failed. Ski ballet saw its last competitive season in 2000 but, the lost art of ski ballet will live on through the gift that is YouTube.

Check out the petition to bring ski ballet out of retirement and into the spotlight.