Sammy Picone never thought she’d be into pole dancing. In fact, the first time she went, her best friend dragged her there.

But ever since she executed her first inversion, she was hooked. For the last four years, Sammy has been teaching pole dancing fitness classes in Brooklyn and online, and her fans include Jada Pinkett Smith, and 160,000 followers on Instagram. Funny how taking advantage of an expiring Groupon can literally change your life.

We recently caught up with Sammy about movement as therapy, how pole dancing helped her through a cancer diagnosis and why holding herself accountable is of the utmost importance.

I’m really trying to instill this habit in myself right now. Like a lot of people, when I wake up I have a tendency to immediately jump into work. So, I’ve really been trying to form the habit of doing three to five minutes of diaphragmatic breathing when I wake up. It helps to literally slow your heart rate so that you don’t immediately jump up thinking about everything you have to do. It helps to start the day on a good path.

It’s been a hard habit to really get into the groove of, so I would say I only probably do that about five days a week, but I’m aiming to do it every single day right when I wake up. 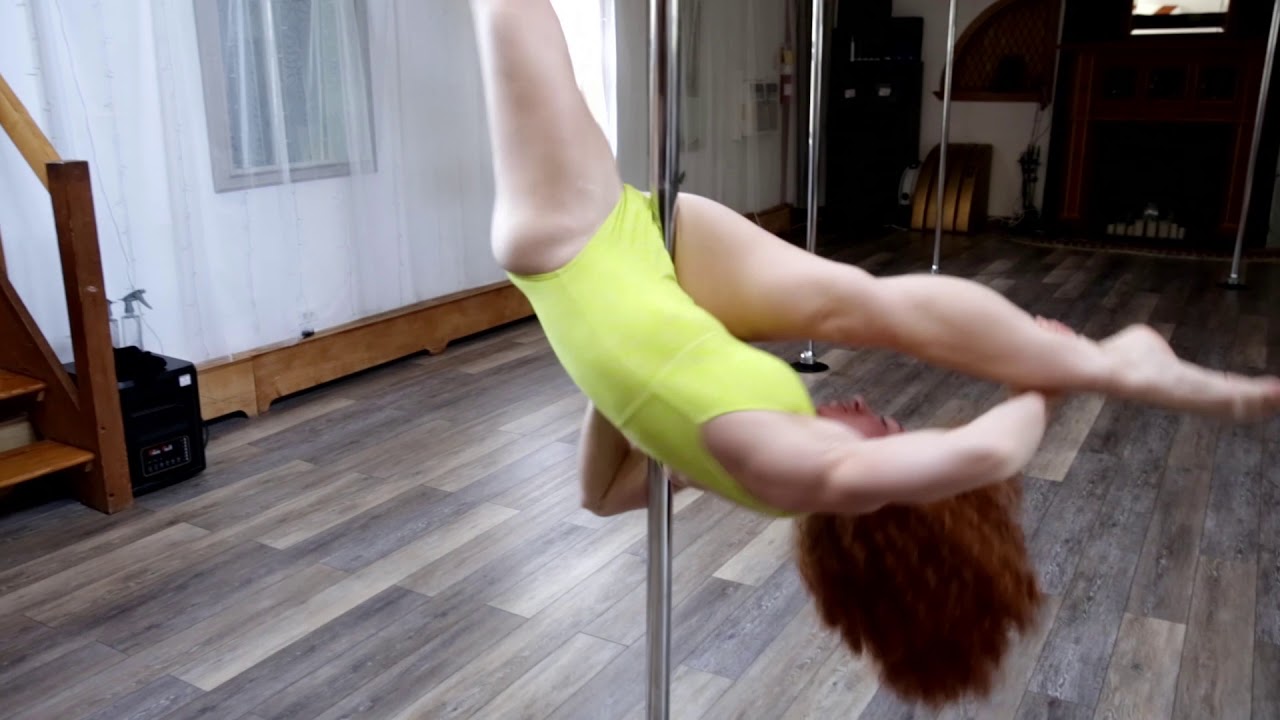 My best friend took me to a pole class. At first, it didn’t strike my fancy but, at the time, I had been dealing with a lot of sort of psycho-emotional turbulence. I had been diagnosed with kidney cancer, at the age of 19. It made my college years pretty tumultuous, to say the least.

I was very stuck in my feelings and I really isolated myself. There was a point after being dragged to a couple of pole classes by my best friend that I started to realize when I was in pole class, I completely forgot that I had been diagnosed with cancer, that I had these symptoms, and that I was feeling sad and isolated and less of a woman.

I started to make the connection that for the hour I was at pole class, I was able to be free. It was really special for me and I started to realize that this was probably something that I should keep in my life. Sure enough, it’s become my most reliable form of meditation ever since.

Movement is my therapist. It’s hard to find a therapist and movement has been a consistent and efficient therapist for me for the past five years or so. I always wanted to be a mover and a dancer but we’re sort of taught that if we didn’t start at the age of five, then we aren’t really gonna go anywhere in the industry. So being able to find pole dancing and to find this outlet where you can start at, say, 21 or 22-year-old and you can still go somewhere with it was so special for me because that was something that was really missing in my life.

MOVEMENT IS MY THERAPIST

Music gives me a lot of energy. During the winter here in New York, listening to music is one of the things that keeps me moving forward, keeps me training and staying motivated.

The majority of my exercise is pole and while you can pole without music, it’s definitely better with music. I’ve always been somebody that feels the music and it speaks to me the most through the sounds and the beats. I’m not much of a lyrics person. Sango and Kaytranada are artists like that. A lot of what’s on my playlists are instrumentals that call for me to move.

My only exercise essential is Dryhands which is basically the equivalent of chalk for rock climbers but in liquid form. Most people have never heard of it. It helps you absorb the moisture on your hands so you have more grip for pull. You can put it literally anywhere on your body. I put it on my legs, back of my knees, armpits, anywhere where I need grip. If I have that, I could pole naked.

I hold myself accountable. I like being around people but I also like my solitude. I live with my partner and two roommates so I’m definitely around people but I like my alone time. I’m a very independent person so I am a fan of scheduling, list-making, and bulleting. I really stay on top of myself and that’s…it sounds very weird, but for some reason, that’s one of the joys of my life, is being able to hold myself accountable.

In my four and a half years of pole dancing, something that has always really intimidated me, and really scared me, is performing. I’ve managed to avoid it for the most part. I think I’ve only performed ten times in four and a half years. Half of the reason is that dancing for one to two minutes is one thing, but when you are dancing for four minutes there’s a huge cardio aspect which makes it exponentially more difficult. It’s something that has scared me to the point of feeling paralyzed in the past.

In the next four months, I have three performances scheduled which is a new experience for me. It’s going to force me to hit this goal of enhancing my cardio and be able to perform four-minute routines. So right now, my biggest goal is to boost the cardio aspects of pole, so I can pull these performances off. I’m scared but I’m excited about it.

A lot of people say that they get in touch with their bodies through dancing. For me, it’s not the dancing aspect of pole that helps me get in touch with my body but the pain you feel while performing certain moves. I know the best way to do that is to go to my pole-goal list, pick a new move, and to try it over and over again because I know that move is going to be uncomfortable and painful. I know I’m going to feel a lot of things and the feelings will be so intense that I have no choice but to be completely in tune with my body.