iO Loves you. This is true. It is also the @Instagram handle of the multi-hyphenate author, photographer, TV host, activist, builder, and podcast host. We could add skater, dancer, hooper, and biker to the list, but who’s counting?

Currently residing in Joshua Tree, where he’s busy actualizing a multitude of wide-ranging projects, we chatted with iO about body image (“my body is yearning and saying, ‘If she doesn’t work out, I don’t want to hang out with her'”), exercise essentials (“water, which I hate”) and why it’s okay to splurge on a fancy gym membership if it helps motivate you (“work out somewhere where you enjoy being”).

So when I realized I was like, I’m gonna try working out for 30 days. What I discovered wasn’t like, oh my body changed after 30 days. Obviously, if you use any muscle, shit’s gonna change. But what I discovered was that my brain changed. I needed it to be in a good mood. I needed it to be calm. I needed the endorphin rush. So we think of athletes as waking up at 6:00 AM to go for a 17-mile run and those of us who are not athletes think of it from our perspective and being like, “God that sounds exhausting.” Whereas they’re probably waking up being like, “I need this, my body is yearning and saying, if she doesn’t work out, I don’t want to hang out with her.” 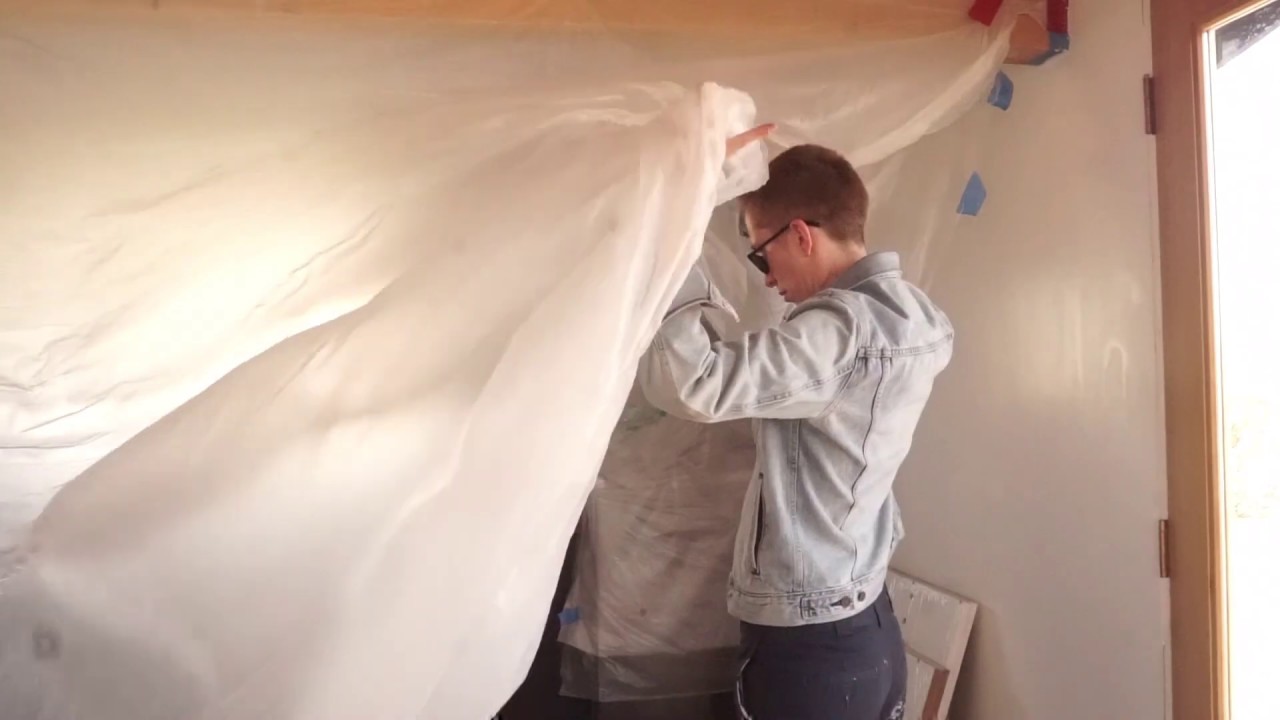 Those Yerba Mate cans [Points at Yerba Mate cans]. I drink an ungodly amount of Yerba Mate drinks right now. It’s a problem that I’m currently working on kicking. I have a 24-pack in my fridge. I get super pumped about making things and about finishing things. I love finishing shit. If it’s a book, if it’s a project, if it’s a fucking Instagram caption, being done with something is the best feeling ever. I think that I specialize in bringing ideas to fruition. A lot of people who have a lot of ideas talk themselves out of actually trying to make them. Whereas I’m more like, let’s fucking try.

I started tapping when I was four. I did eight dance classes a week for years. I studied under Savion Glover. I did hip-hop tap when that was a thing in the 90s. I did jazz for eight years, I did ballet for seven years, fucking shoot me. I did hip-hop for nine years and I was an assistant teacher in hip-hop, so when I was like 17-22, for those five years, I went to eight dance classes a week and each one’s an hour and a half — that’s two on Sundays. I would skate there and back or I would bike there and back so from 3rd street to 50-whatever street and back every day. I was shredded. Not to mention whatever drugs I was doing when I was a teenager, but I was ripped!

Rachel, my fiancé, got me a membership to Equinox for Christmas, which is simultaneously the shadiest and most loving thing you could do which I love. I was like, “Biiiiiitch, I love you.” But going to a place that’s nice is worth the investment because it makes me want to be there. I’ve been a member of the YMCA and 24 Hour Fitness and LA Fitness and all this kind of ratchet bullshit and I didn’t want to go because it was kind of stinky. Unless you’re an athlete, I feel like half of exercising is overcoming all of the resistance and excuses that your brain creates not to go. So, set yourself up for success in that way. Work out somewhere that you enjoy being, workout somewhere that isn’t super hard to get to, work out when you’re not starving or exhausted.

half of exercising is overcoming all of the resistance and excuses that your brain creates not to go.

I’m gonna be honest — the right clothes. I thought about it for a while, like, “Let me be punk about this and who fucking cares what you wear?” But it’s not true, especially if you’re going to a gym. If you feel off, your brain will make any excuse for you not to work out. Any excuse. So I realized, I need the right shit. I want to feel right in my shoes. Not literal shoes. I want to feel right in my body and feeling dorky doesn’t work. So for me, having clothes that I feel good in, music, water, eating right, which is also really hard for me to do.

Sex. Working out. Eating home-cooked, healthy food. I always feel in my body after I eat something healthy. I eat so much shit because I’m always on the move so much, but when I eat something really healthy, like my mom invited us over for Caribbean breakfast and she made some vegan shit. It was rice with some curry, something or other, and I remember eating it and feeling full but not overly full. I remember feeling full and energized and ready for the day, but I was definitely prepared to be like, “I’m gonna be starving, this vegetarian bullshit. You know? Like give me some fucking meat.” Then I realized, “Whoa. Normally after I eat, I’m exhausted and right now I’m energized.” I didn’t want to admit it so I didn’t tell her but eating good healthy food, having sex, taking a bath. That’s it.

Sex. Working out. Eating home-cooked, healthy food. I always feel in my body after I eat something healthy.

I’ve skated since I was nine-years-old which for almost 20 years is my primary mode of transportation. I had a deck, a classic deck, but I put risers on it and big longboard wheels. Fuck a longboard. I’m not riding a longboard. But it had gigantic longboard wheels on it so I could roll over anything and I could ollie off of a curb but I wasn’t out there doing tricks. I don’t know how to do tricks. I was a skater kid to get around. I liked to be independent. I would ride a bike all the time which I love doing in New York, but this was before I realized I am not infallible, until I realized health insurance is an important thing to have. When I fall now, my bones hurt for a couple of months instead a couple of days because I’m fucking old and I used to ride around on a skateboard with gigantic headphones on weaving in and out of traffic and now I see people doing that and I’m like, “You have a death wish.” I did it for years.

Before I realized I was trans, I thought I wanted to lose weight because that’s what women are supposed to think or whatever the fuck the world tells you. It was always about, I don’t know, I was kind of just copying the people around me. Not knowing you’re trans is such a huge thing that you’re just kind of like, I’m going to improvise and imitate other people. Also, I was raised a wolf child so the world at large made no sense to me for a really long time. I was just like, “I’m going to do what y’all are doing so that no one thinks I’m weird,” you know? That involved, for people with tits and vaginas, getting skinny. So I would try to do that. But then when I realized that I was a boy, I was like, “Oh! What do I actually want my body to look like?” What I actually want my body to look like is muscle tone. So then it became, okay so what does that mean? I’m not reading health blogs or whatever but I’ll talk to my friends and I’m looking at different content trying to figure out how to bulk up. Bulking up is now the plan. I’m also trying to not be too hard on myself in that same way that I was just saying where my body is not going to get swole because I’m biologically female so it’s not going to get what I want it to be until I start taking testosterone. When I start taking testosterone, I’m gonna be lean and mean. You wait. I’m gonna be all, “Ka ka ka pow!” Protein shakes, I’m gonna be all, gun show ladies.

I was raised a wolf child so the world at large made no sense to me for a really long time.