“I want you to see how beautiful the landscape is, and that we can be creative and push boundaries without leaving a permanent trace, or without doing something extremely damaging or toxic.”

Most visual artists create art that they hope will stick around for years to come. However, Diego Miró-Rivera, is satisfied knowing his land works will be erased in days, sometimes minutes. The Yale student doesn’t treat his landscape art like a final product and instead finds excitement in the time he spends creating them.

As a student studying cognitive science and art, Diego has always been interested in how the creative and cognitive practices meet. “I believe that one of the only ways to find that out is to experiment and push it to the extremes to see what happens,” says Diego.

The work that goes into creating such large, captivating pieces are all part of the creative process that Diego values most. We sat down with him to talk, spatial memory, environment and how he personifies the Earth. 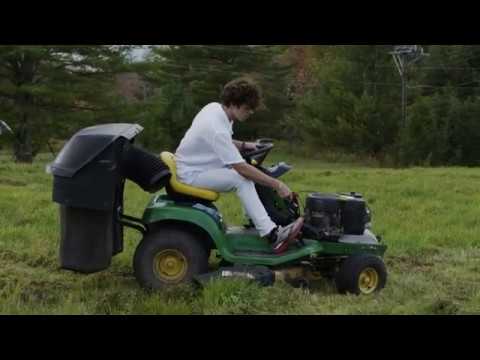 We’re always interacting with different spaces. We internalize them, memorize them, and become familiar with them through very specific cognitive processes. That could be everything from depth perception and ocular functions, but I think there’s also a certain amount of focus and variation between what spaces we design and create for ourselves as well.

Everyone represents themselves in different ways in their mind, and I think the only mind I can truly explore is my own right now. So, I’ve really treated these projects as a way of exploring my mind and how I as an individual relate with spaces. Can I imagine something and feel something and then create that space instantly? What’s the process? What’s the limit that I can push to manipulate spaces in different ways? Those are the questions that I’m wrestling with right now, and I think the area of focus I want to go into.

For instance, picture your childhood bedroom and think about how much of it you can see. Where your bed was placed, where your bookshelf was, or maybe where you’d keep your socks. You know where all those places are even though you probably haven’t been there in years. Or maybe you were there last summer, but nonetheless, you know exactly where everything is because your mind actually rewired its neurons to understand that space in the most efficient way possible. So I think that if we can understand that that function better then we can perfect it more.

What’s the limit that I can push to manipulate spaces in different ways?

It’s spatial memory and that’s what I’m doing in these projects. There’s a certain spatial memory function I’m beginning to tap into that lets me orient myself and remember where I am in that space so when it comes time to recreating it, I can refer back to it.

It’s one thing to be able to remember something that you’re very familiar with, but the challenge of creating on to the scale that I am is a combo of the image that I’m generating and the non visual part of my memory alongside feeling the actual distances in my body. Detailing the vision is very important especially on flatter surfaces when I can just go all in one, like with this lawnmower stopping all the time I think I lost a little bit of my flow. But when I can do it all in one continuous line I know exactly where I am the whole time and that is because of this, it’s a way of scaling the piece to my footsteps.
It’s the measurement I’m most aware of and familiar with, so if I can keep that I can constantly, then when I produce these images.

I ran cross country all my life, and continue to run two or three times a week as I’ve started doing more of this art. We all have different ways of moving through the world, and I have a ton of fun creating while I’m moving, which is why I’ll job in a random field I’ll see to create an image.

I think that dancers can probably relate to the fact that your movements can mean something, every movement can mean something. As an artist, every movement I make while I’m painting or drawing counts towards a bigger picture quite literally, but when you’re running it might feel like you’re just trying to covering a distance, to pass somebody, or maybe you are pushing yourself as hard as you can. I, however, like where my mind goes when I’m running and how it can turn into a creative process.

On Earth and the Environment

From the beginning what excited me a lot about this land art or large scale installation art was that there’s no trace. Within a week, everything that I’ve made is gone, or with the snow ones, sometimes it’s only 30 minutes. I’m not attached, and I think this is the proof to why I’m still experimenting and that the value comes in the process, not the final product.

From an environmental standpoint alone, installation art or art in general is an extremely wasteful industry. I think that we are all collectively harming the earth and that can go without saying, but I almost in this work and the reason I choose figures and very organic shapes and in mediums that, yeah I’ll cut some grass but I know it’s gonna grow back within the week and the snow is going to melt and the sand I push aside will get blown back over by the wind.

The figures I make and the organic nature of them is an effort to personify the landscape. I feel like sometimes since the planet doesn’t have a voice or a face, we don’t empathize with it as much, and I think the vastness of the planet is sometimes the most impressive part but also what makes us take it for granted the most. We always assume that there’s gonna be more even though we know that were running out. I think it’s one of those things where you have to see it to believe it and I want people to see it. I’m making these installations in very particular places because I want you to see how beautiful the landscape is, and that we can be creative and push boundaries without leaving a permanent trace, or without doing something extremely damaging or toxic.

Within a week, everything that I’ve made is gone.

The art, it’s volatile in the sense that every landscape that I’ve worked with has presented a different fear. The snow will melt, the sand will blow away, or the grass won’t cut or the grass will be uneven. These challenges put me in the position of really feeling the ways of the world. I could just paint and know that when I buy that tube of pigment that it’s gonna be the same color all throughout and I could just buy a piece of paper and do it on that but I think the organic variation really adds to my experience engaging with this material.

My motivation comes from the fact that I can create something that other people can interact with and share. I won’t be proud of something I’ve made until I send it to my mom and my sister and they’re like, “Oh wow, that’s awesome.”

You can keep up with Diego on Instagram @gogomiro.